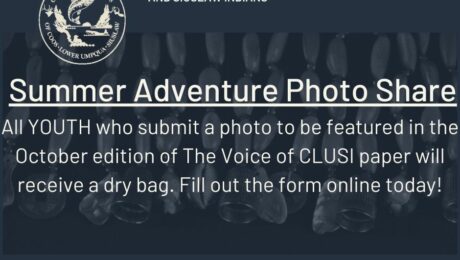 Did you camp in your backyard, go on a family trip, spend a day at the beach? Show us your summer 2022 adventure photo!

All youth (5 -18 years of age) who submit a photo to be featured in the October edition of the Voice of CLUSI Paper will receive a dry bag for more outdoor adventures!

Click here to submit your photo!
Read more
No Comments 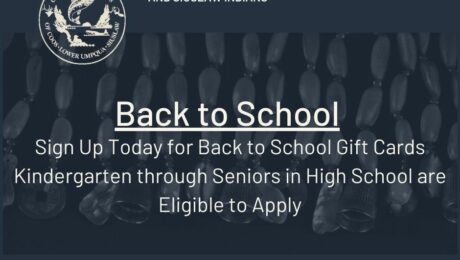 Please reach out to the Education Department
if your have questions or need assistance.

Hope you all have a great first week back at school and for those already started, we hope your year has started off great! 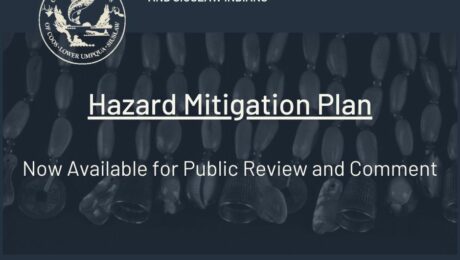 In response to the increasing risks posed by a number of natural hazards, Tribal Council – in agreement with Planning Staff recommendations – selected the consulting team WSP in Portland to lead the effort in creating an updated Hazard Mitigation Plan for CTCLUSI in late 2019.  This process included multiple workshops with Tribal Leadership and Staff, and a thorough analysis of the natural hazard threats the Tribe and its members face.  Additionally, the Hazard Mitigation Plan identifies goals and strategies to avoid and reduce negative outcomes from identified threats.

In mid-2022, the Hazard Mitigation Plan was submitted to CTCLUSI Staff and is currently available for public review and comment prior to finalization in August 2022. 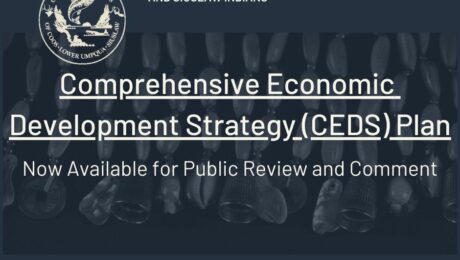 In response to the rapidly evolving economic environment, Tribal Council – in agreement with Planning Staff recommendations – selected the consulting team Blue Stone Strategy Group to lead the effort in creating an updated Comprehensive Economic Development Strategy (CEDS) for CTCLUSI in 2021.  This process included multiple meetings with Leadership, Staff, and community members; as well as a comprehensive survey of member preferences.  These efforts culminated in the CEDS plan that provides a thorough analysis of the Tribe’s Strengths and Weaknesses, the identified Tribal economic goals and strategies; and the associated milestones to evaluate progress.

In mid-2022, the CEDS Plan was submitted to CTCLUSI Staff and is currently available for public review and comment prior to finalization in August 2022. 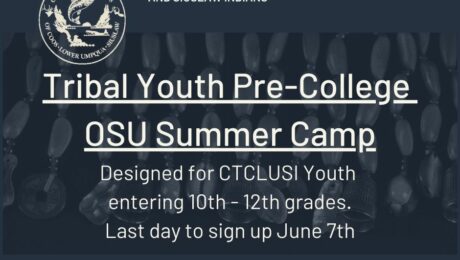 Learn about going to college and how to get help with financial aid, scholarships, and explore majors!
Explore SWOCC and OSU campuses and visit cultural centers including the OSU Ina Haws Longhouse.
Hands-on FUN field trips about environmental science and careers. Meet science professionals and college students.

Other activities include:
• Sleep in the dorms at OSU
• Snorkeling in the Santiam River with scientists
• Hatfield Marine Science Center in Newport
• Visit ecological and cultural restoration sites
• Canoe trip to Waite Ranch on the Siuslaw

Youth will come home having experienced life on the OSU college campus and a packet for how to get help with entering college/community college and the Native American cultural support resources on campus.
A range of environmental sciences and careers are explored but not a required interest for youth.
Camp participation and all meals are FREE.
Campers will be supervised 24 hours per day.
All Covid-19 safety measures in place at the time for CTCLUSI and OSU will be carefully followed.

This event is also co-sponsored by the OSU Department of Fisheries, Wildlife and Conservation Sciences, and Oregon Sea Grant. 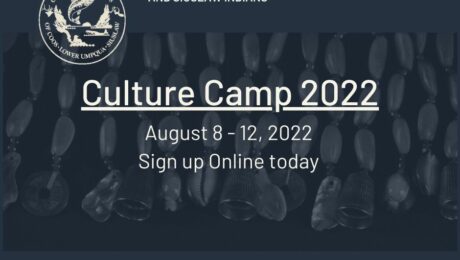 Culture Camp 2022 is being held this year from August 8-12th at the Mapleton School in Mapleton, Oregon. Camp this year is in-person and is available to K-12th graders of CTCLUSI families and Administration Staff. Kindergarten and 1st graders are welcome to attend during the day, while 2nd -12th graders can stay and camp overnight. 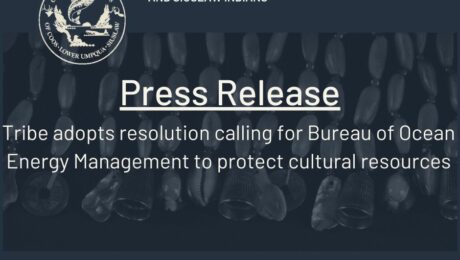 Confederated Tribes of the Coos, Lower Umpqua and Siuslaw Indians

Last week, the Confederated Tribes of the Coos, Lower Umpqua and Siuslaw Indians (“Tribe”) submitted comments to the federal Bureau of Ocean Energy Management (“BOEM”) expressing significant concern about proposed development of offshore wind energy off the Oregon Coast in areas designated by the Bureau of Ocean Energy Management as the Coos Bay and Florence Call Areas.

“The tribe supports any green economic development project that follows the law and does not harm our environment or tribal cultural resources. Given this, the Tribal Council takes the decision to submit these comments seriously,” said Tribal Council Chair Brad Kneaper. “These comments follow the passage of a Tribal Council resolution earlier this month that calls upon the Bureau of Ocean Energy Management to engage in meaningful government-to government consultation with the tribe and to take action to ensure that offshore wind energy development in any area of interest to the tribe avoids or mitigates impacts to tribal cultural resources to the satisfaction of the tribe.”

In multiple communications with the Bureau of Ocean Energy Management, the tribe raised a number of concerns to BOEM about wind energy development. These comments include a request that important, cultural viewsheds be excluded from the Call Areas, that wind development, including necessary infrastructure such as transmission lines, not impact areas designated as a Traditional Cultural Property (Q’alya ta Kukwis shichdii me)(located in Coos Bay comprised of the estuary features and adjacent shoreline resources), that development not occur in areas containing cultural features located on submerged landforms, and that wind development avoid areas critical to resident and migratory species, including important areas for fishing.

The tribe has called the coast our home since Time Immemorial. The archaeological record of Oregon tribal nations spans more than 11,000 years. Our religious beliefs, traditional practices, fishing, first foods and relations are interconnected and influenced by all that is encompassed in the greater Ocean. This claim honors our obligations to uphold our sovereignty, perpetuate our unique cultural identity, and promote the intergenerational transference of knowledge. The tribe consistently advocates that any projects, on land or offshore, avoid impacts to sites of traditional and religious significance to the tribe, including the TCP features and other sites, such as viewsheds, resources, and submerged landforms that possess associations with the cultural practices, traditions, beliefs, lifeways, art, crafts, or social institutions of our living community.

“The tribe initially asks the Bureau of Ocean Energy Management to exclude areas of significant cultural importance to the tribe in a January letter, but BOEM included these areas anyway without engaging in government-to-government consultation with the tribe,” said Chair Kneaper. “Our comments and resolution reiterate that expectation that the Bureau of Ocean Energy Management uphold its trust obligation to protect tribal resources and exclude those areas. If BOEM does not, the tribe will need to look at all opportunities to ensure that wind energy development avoid impacts to resources that are important to the tribe.”

“The tribe remains open to working with the the Bureau of Ocean Energy Management to resolve the issues raised in our comments,” said Chair Kneaper. 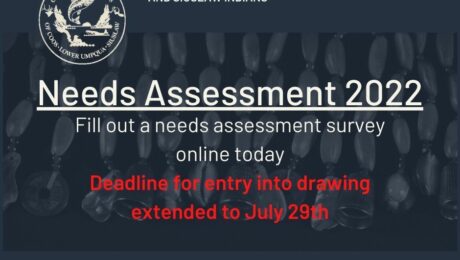 Tribal Government Programs and Services Needs Assessment 2022
We are requesting feedback from Enrolled CTCLUSI Members.
Our goal is to identify any unmet needs or barriers concerning Tribal Membership. This information will assist various Tribal Government departments to explore future opportunities for programs and services to best serve our people.

Submissions received by July 29th, will be entered in a random drawing. 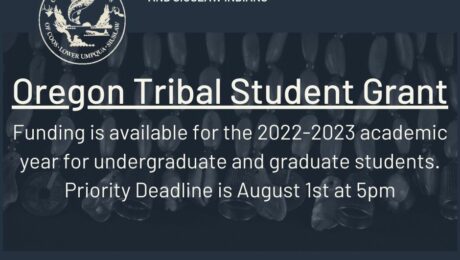 Funding is now available for undergraduate and graduate student college costs for enrolled members of:

The Oregon Tribal Student Grant is available to new and existing students. Eligibility requirements are:
• Must be an enrolled member of an Oregon federally recognized tribe
• Enrolled or accepted for enrollment at an Oregon college or university
• Working towards earning first associate, bachelor’s or graduate degree

Funding is available for the 2022-2023 academic year for undergraduate and graduate students. Grant renewal is dependent on funding being allocated for the 2023-2024 academic year by the Oregon State Legislature.

Additional information can be found on our website:
OregonStudentAid.gov/Oregon-Tribal-Student.aspx 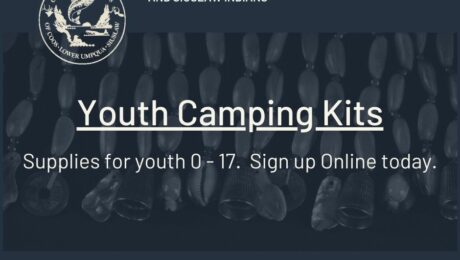 *Thank you for your interest. Supplies were limited and application has been closed. (6/21/22).

Reconnect with the Land Through Youth Camping Kits.

Through additional CCDF funds and other resources, we are able to offer Tribal Family youth ages 0-17 camping kits.