We are the living descendants of the Miluk, Hanis, Siuslaw and Lower Umpqua people. We have and always will be stewards of our lands.

It is our duty to know, teach, promote and perpetuate our culture and traditions and steward our lands accordingly.

The Western Oregon Tribal Fairness Act was passed and signed into law in January of 2018. Title II of the Act conveyed portions of federal lands, previously managed by the Bureau of Land Management, into trust for the benefit of the Confederated Tribes of Coos, Lower Umpqua and Siuslaw Indians (CTCLUSI). These conveyed lands consist of seven parcels totaling 14,742 acres. Dispersed throughout the ancestral territory of CTCLUSI, each of these tracts is culturally and/or economically significant and will play a vital role in promoting Tribal self-determination and sovereignty. These lands, now held in trust by the Bureau of Indian Affairs (BIA), will be managed in accordance with applicable federal and tribal law, according to the desires of the Tribal Membership.

Tribal Members login for more information on the Tribal Forestry Management including: 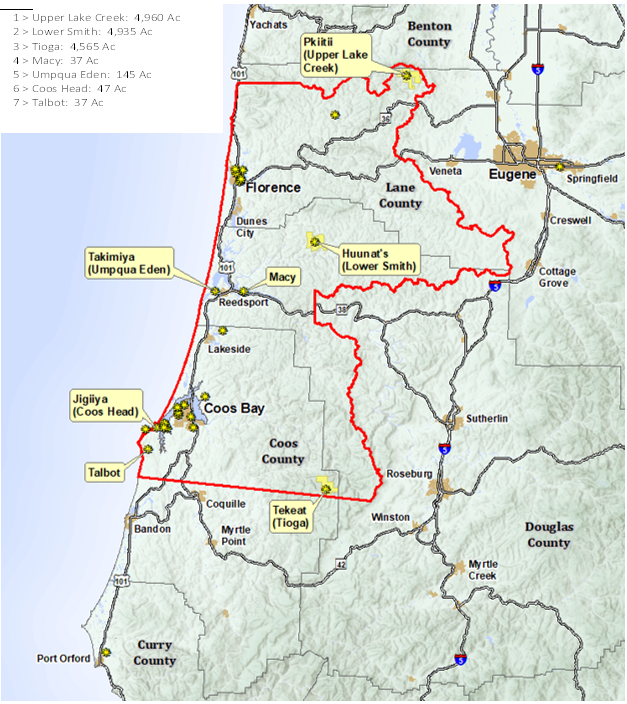 Click any of the following links to view maps of the Lake, Smith, and Tioga Tracts of the CTCLUSI Tribal Forest. To download a map, right click on the link and select “Save link as.” The maps can be viewed in any PDF viewer. They can also be used for navigation using a mobile device and a PDF map app such as Avenza Maps. 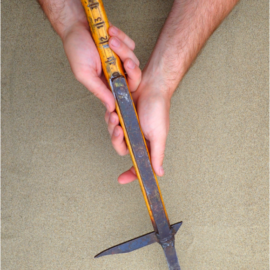